8 (Easy) Ways on How to Fix Echo in Headphones

You’re probably wondering how to fix echo in your headphones. After all, even a brand new headset can start driving you crazy by echoing everything that goes into it.

The echoing sound is impossible to work around, whether you’re using your headphones to listen to and create music or trying to have a Skype meeting.

So, How to fix echo in headphones?

In order to fix echo in headphones, follow these steps: Echoing typically occurs because of the reflection of the sound from the speakers. However, it could also be caused by a low-quality headset or if it is too close to the microphone.

Additionally, some settings on the device you’re connected to could be out of balance and cause the sound to echo.

Every device comes with its unique settings, so it can be incredibly difficult to find a way to repair every pair of headphones you own. You’ve probably already found quite a few articles, none of which offer a definitive answer.

Luckily, through my research and years of experience as an audiophile, I’ve found methods that fit the majority of devices. So if you want to learn about every possible way of solving the problem of echo in headphones, your search is over.

In this article, I’ll show you how to get rid of an echo in headphones during all sorts of situations and also fix if you are facing one earbud not working issue. First, let’s talk about the generic fixes you can try no matter what headset you’re using or what device it’s connected to.

Steps To Fix Echos In Your Headphones:

Here are all the steps in detail to help you fix echo in headset:

Step 1. Unplug and Replug Your Headphones

Sometimes, we don’t understand why technology fails us and goes haywire at random times. When echo in headphones happens, the easiest and most logical option is to turn everything off and back on. So you’ll simply need to:

Also, sometimes, the port itself is the issue, so if you’re able to, try plugging your device into a different one. Unplug and replug your headphones to fix the issue. Step 2. Lower the Volume on Your Speakers

Believe it or not, your built-in speakers could be playing a quiet sound that is causing your microphone to echo.

You can simply turn the speakers off to see if that helps solve the issue.

Step 3. Mute Your Microphone When You Aren’t Using It

Random background noise could be causing an echo in your headset without you even noticing it.

So to avoid echo in headphones, mute microphone when you aren’t speaking.

Step 4. Move the Microphone Around

When your headset’s mic is pointing in the direction of another object, the audio will start echoing. That happens because the sound waves start bouncing off each other and getting distorted.

So if your headphones come with a microphone, try changing the direction it’s pointing toward to get rid of the echo.

Sometimes, echoing might be caused by the sound settings on your computer. To test that, you’ll need to do the following on a Windows OS:

At times, there might be an issue with the device you’re plugging your headphones in. Also, if your headphones don’t come with a microphone, they’ll probably connect to your computer’s (or phone’s) built-in one.

However, this mic often doesn’t pick up your audio as clearly and causes an echo in your headset. To find out what exactly is to blame, and fix the echo you should:

If you’ve tried doing everything I’ve listed so far and you can still hear an echo, the fault may lie in the program you’re using to communicate. This issue is especially common when you’re using your phone or computer to talk to multiple people. Sometimes, it could also lead to left or right earbud not charging!

Luckily, there are ways you can make your headphones stop echoing when you’re on a conference call.

Fix Headphones Echo While You’re on a Conference Call:

First, you’ll need to determine who is causing the issue — you, the program you’re using, or other people in the call. If you’re the only one that can hear the noise, it means the issue is happening because of your equipment. Additionally, if everyone but you can hear the echo, the problem is, again, on your end. In both instances, you can try all of the methods I have mentioned so far. However, if everybody that’s on the call can hear the echo, you’ll have to go about things differently.

If you’re using Skype, you could try troubleshooting it with the help of this YouTube tutorial. Also, you could tell everyone to stay quiet and wait for an indicator to show you where the noise is coming from.

If it turns out the problem is not on your end, then you can ask others to follow the steps I’ve mentioned above to as well. If, after all your efforts, you can still hear an echo in your headset, you can try these two additional methods to eliminate it.

Step 1. Hang Up and Redial

Sometimes, the audio on the call starts malfunctioning on its own for no good reason. To repair this, you should:

You’d be surprised how often that fixes the problem.

Step 2. Avoid Having Multiple People Talk in the Same Room

Echo will often occur when there are multiple people from the same phone or online conversation are in the same room physically. The reason behind that is that their voices are being recorded in multiple places, causing them to interject. When that happens, you should:

If you don’t know how to repair it, an echo could ruin a perfectly good pair of headphones. However, now that you know the hows and whys behind this occurrence, getting rid of it shouldn’t be an issue.

I, for one, was always annoyed when I would seemingly fix the issue, only to have it reappear on a different headset. That is why I have created this article to act as a set of guidelines for whenever I need to eliminate echo in my headphones.

Please feel free to let me know what you think about the methods in this article and whether you find them helpful. Also, make sure to share it with your friends and fellow audiophiles if you think it would help them. Before you go, check out our guide on Powerbeats Pro one side not charging and how to fix Apple earbuds mic not working on pc!! 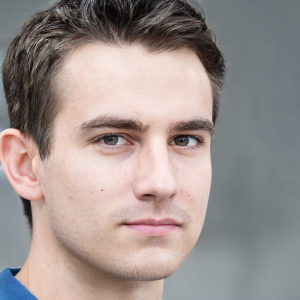 John Gurley is the Founder, CEO, and Editor At Muse Mini. He has a passion for music and headphones and loves to cover all things music! Are Wireless Earbuds Worth It? [All You Need To Know in 2022] How to Connect Headphones to Oculus Quest 2 – [Bluetooth & Airpods Pro] Welcome To MuseMini!
I am John Gurley, the man behind MuseMini. Here at this site, we aim to create One Stopo Solution for all things Headphones!

Musemini.com Is a Participant in the Amazon Services Llc Associates Program, an Affiliate Advertising Program. As an Amazon Associate We Earn Affiliate Commissions From Qualifying Purchases.